The year is 1910, and the Lostch family has fled the violence of a pogrom in Prague in search of a new life. They live in the Lower East Side tenements. Every member of the Lostch family works long hours for low wages—16-year-old Talia as a courier and her older sister Ayala as a seamstress in the blouse factory. Their father Reuven, a respected engineer in the Old Country, has taken a job as pipe fitter. When he creates a revolutionary invention, the family’s prospects change: Reuven will be promoted and earn a higher salary. The invention also attracts the attention of powerful enemies: Pinkertons, corporate thugs who will stop at nothing to steal the patent.

Talia disguises as Willow Locke to take on a new identity as a college student to protect her family. With her partner James Whitcomb, she uncovers the proof of an ancient evil asserting its influence over the corporate bosses, something only named in Jewish mythology: the Amalek.

Willow finds an ally in Nikola Tesla who works in secret in the NYU engineering lab to hide his latest invention from Edison’s corporate thieves. He is creating graphene, a super-conductive material that will make Edison’s lead-acid battery obsolete, and herald a technological revolution.

Can Willow save her family and Tesla’s secrets from the corporate conspiracy?

The Brass Starling is a thrilling mystery filled with hidden technology and magic set against the historical backdrop of the labor movement. 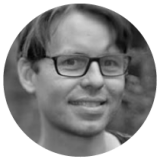 2 replies on “The Brass Starling”

Looking good, that is a wonderfully crafted book, honey
I appreciate all the research you must have done of that era
Historical novels are one of my fave genres, makes history come alive
Straight history is so dry, like reading the law
CONGRATS
I know this was a few years writing project for you, the ending was quite a surprise
best wishes on your sci fi novel
can’t wait to read it !!

sweet! thanks can you post that review on amazon too?